When Livetech in Llandudno was approached by Jeep Motors in the USA to share video footage of Llandudno’s famous goats they didn’t kid around! 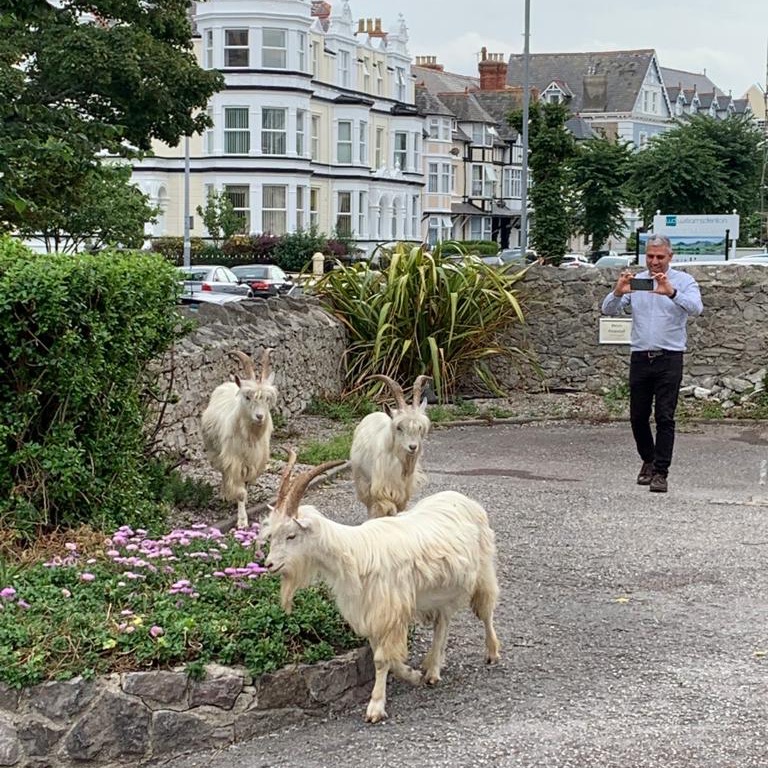 During the lockdown, Llandudno’s goats made front-page news around the world, as they took the opportunity to reclaim the town’s deserted streets. As the story gained traction online the goats attracted the attention of Jeep’s USA media producers in Chicago.

The producers had spotted a follow-up story put out by Paul Levy, MD at Livetech.  He had shared some further antics video of the goat’s antics in and around 16 Trinity Square, where his local web design and digital marketing company Livetech have their headquarters.

Jeep USA was creating a campaign called ‘Nature Returns’ to support the promotion of their  4XE Hybrid range of vehicles.  The goats starred alongside with video clips of Los Angeles’ smog-free skies,  Japan’s seka deer roaming the streets, North Carolina’s black bears, Chicago’s coyotes and Venice, Italy’s crystal clear waters with jellyfish being clearly visible – the campaign went out globally online through platforms such as Youtube, Facebook and Instagram and was even translated into several languages.

Livetech were offered a significant sum for licensing their video footage for the advertising campaign, which they have decided to pass on to a local good cause. St Davids’ Hospice has recently suffered a terrible funding gap, with many of their usual lines of funding cut off due to their retail shops having to close. The goats had already come to the assistance of St Davids’, who are based on the lower slopes of the Great Orme on Abbey Road). St Davids’ had a successful funding campaign with their goat branded t-shirts, playing on the famous Abbey Road Beatles theme album cover art, with the band walking over a zebra crossing.

Trystan Pritchard, chief executive of St David’s Hospice, said: “We are very grateful for a company to support us when our need is at its highest. Like many other charities, our shops closed initially and are slowing starting to reopen under restrictions. Our shops provide a large proportion of what we need to raise.

“We’ve had a fantastic response to the fundraising appeal. Out of the adversity of Covid-19, the goats roamed all over the town and that sparked the interest and we are very grateful for their support!

“They’ve certainly got to know our premises and quite often we’ll see them in the car park or lying around and we’ve got used to them although they do tend to eat everything in sight. We do have to be careful about what we plant as most things take their fancy.

“Local businesses have always been very supportive and for them to be able to do this when our needs are highest we are especially grateful.” 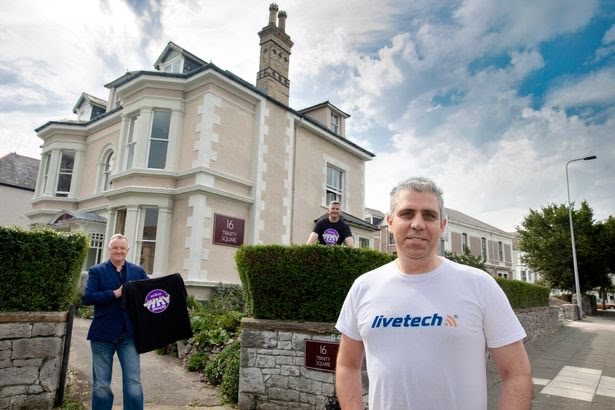 “How ironic when all marketing in Wales has stopped that the goats come along and give us worldwide coverage! You just cannot buy the publicity the goats have given us all over the world from Japan and Brazil to the US,” he said.

“I think it’s a great addition to the offering Llandudno has. It all fitted into place and rightly so. It has been nice to see the positive side of things amid all the doom and gloom and to see support going to St David’s Hospice which really needs it.

Paul Levy – MD at Livetech – we were so happy to be able to help St David’s in this way, they are such a worthwhile local cause and really worthy of support. As a company, we have been so lucky with staff being able to keep working from home and it seemed only right that we should share our good fortune with the local community.

The clip can be seen on Jeep USA’s Youtube channel at https://www.youtube.com/watch?v=WFRPNAYXxaw